With the 2021 sugar beet contracting and seed ordering window about to open ...

Leading agronomy firm Hutchinsons is recommending growers consider including the new Conviso herbicide tolerant variety Janninka in their planting list for next season.

The conventionally-bred hybrid, available through Hutchinsons, has been developed as part of a joint initiative between KWS and Bayer that also includes a post-emergence ALS herbicide (Conviso One) designed for exclusive use on tolerant Conviso varieties.

“Two varieties are available, Janninka and Rivetta, but we dismissed Rivetta on its bolting risk which is the highest of all varieties on the Recommended List” say Darryl Shailes, Hutchinsons crop technical manager.

The main point of difference of the Conviso Smart system is that it can control weedy beet. This is the first time growers are able to control weedy beet chemically in a sugar beet crop that would otherwise need to be hoed and pulled or weed wiped. 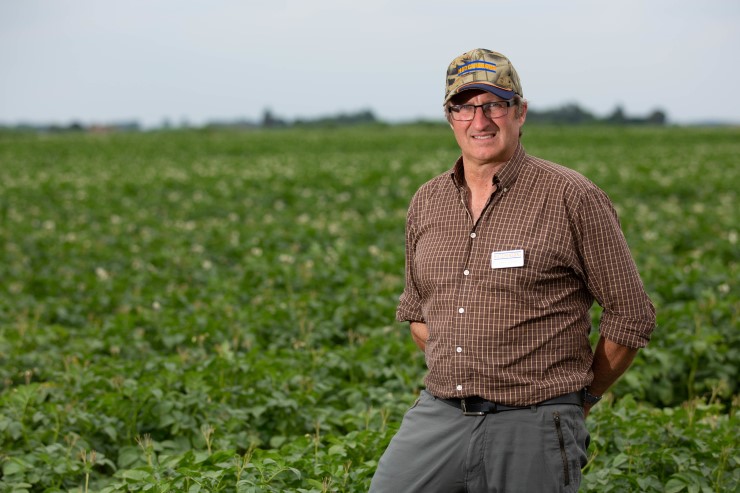 However, the system also promises to give growers greater flexibility around early spray timings and help mitigate the impact of losing vital chemistry, notably desmedipham, the loss of which could make weed control much more challenging next season.

“It’s not just the loss of desmedipham that’s an issue, but the fact that we’ve also lost modern formulations, which means weed control is going back to basic formulations of older active ingredients that don’t give the same efficacy,” says Mr Shailes.

This is especially true for controlling larger weeds in cool, dry conditions, often experienced early in spring, where desmedipham performed well, but alternative herbicides may need to be applied at higher rates or in more complex mixes/sequences to achieve comparable results, increasing the risk of crop damage.

“We estimate herbicide cost will increase around £40-£50/ ha, with growers having to rely much more on residuals, but also to go across the field on a more regular basis,” comments Mr Shailes.

The Conviso system could help overcome many of these agronomic and crop safety issues, while delivering other management and timeliness benefits, he says.

Conviso One is a single product based on two ALS herbicides, foramsulfuron and thiencarbazone-methyl, which offer contact and residual activity against a range of weeds, including fat hen, cleavers, volunteer potatoes and sensitive grassweeds, including black-grass. The product will kill any non-Conviso beet, so should only be used on tolerant varieties and in whole fields where it can effectively control weed beet.

“Conviso will control virtually all weeds at the 2-4 true leaf stage of the target weed, and is even effective against cranesbill, Amaranthus, and annual mercury, which can be very challenging to control. The only real weakness is common speedwell,” says Mr Shailes.

“Furthermore, because Conviso beet varieties are completely unaffected by the herbicide, there is a much wider application window from a crop safety perspective. This spring we struggled due to the weather, often very hot with bright sunshine and with frosts early in the morning, which makes the timing of sugar beet herbicides very difficult to manage. The crop safety of the Conviso Smart system eliminates many of these issues.”

Norfolk-based Hutchinsons agronomist Edmund Stevens has 130 ha of Conviso beet in the ground across three of his clients’ farms this season, and is impressed with how it has performed so far.

The technology has transformed beet production on some land that was previously so badly affected by weed beet it made sugar beet growing questionable, he says. “Fields that were terrible have suddenly become viable again.

“Conviso has also worked well on volunteer potatoes, in situations where we would have otherwise used full rate clopyralid, which is quite an expensive option.

“The Conviso herbicide seems reliable, especially compared to conventional beet chemistry which can be more affected by the conditions, particularly when it’s cool and dry. It could simplify weed control in the future.”

Mr Stevens acknowledges there is a slight yield penalty associated with the herbicide tolerance trait, 11% for Janninka, but insists this is more than compensated for by the yield benefits from improved weed control.

“With a severe infestation of weed beet, you could be looking at anything up to a 20-30% yield loss in the worst cases. Yes, there is a few percent yield drag in tolerant varieties, but that’s virtually irrelevant when you consider the alternative situation of not growing a Conviso variety in that situation.”

Mr Shailes also points out that RL trial results are based on a standard herbicide programme, even on the Conviso Smart varieties, so official yield figures do not reflect any crop safety benefits associated with the Conviso system.

“Trials by KWS and Bayer show that yield uplift in the Conviso system could easily take both varieties back up to 100% of the control yield, if not more depending on the season. All herbicide programmes, even the safest, will have some yield penalty and we saw a lot in this past season and it’s likely to increase with the change in chemistry available going forward.”

While Conviso offers many benefits, some caution is needed and it should not be regarded as a single solution for every situation.

“For example, this year we saw a lot of fat hen emerging early on, which was sprayed with a conventional herbicide. That allowed us to wait and use the one application of Conviso to control later emerging weed beet, broadleaf weeds and grassweeds.”

Because the Conviso system is based on ALS herbicides, it may not suit situations where there are large populations of weeds, such as black-grass or mayweed, with known resistance to this chemistry – the same applies to Clearfield oilseed rape volunteers. In these situations, other modes of action are needed to tackle resistant weeds to avoid exacerbating problems, notes Mr Shailes.

As always, growers should never rely on one chemical class, so it remains important to use integrated programmes that incorporate cultural controls and a range of chemistry with different modes of action.

Effective bolter management is also essential to prevent ALS-resistant weed beet emerging in following crops. This requires careful variety selection, optimal drilling timing and vigilance through the season to rogue out bolters before they set seed, although Janninka has zero bolters at the normal drilling timing, comments Mr Shailes.

Also, crown regrowth post-harvest has to be managed, so reducing this as much as possible by correct harvester setting and ideally ploughing post-harvest is the best policy. “Whist we would always recommend ploughing after a Conviso beet crop, we have done work looking at crown management in crops in no-plough situations, he adds.

Looking ahead, Mr Shailes says more Conviso varieties are being developed and the commercial applications of the system are likely to expand beyond regular weed control. For example, work is underway to investigate how Conviso varieties can be grown alongside companion crops, using the Conviso One herbicide to take out the companion crop when required, which may benefit virus control. There may also be benefits for terminating cover crops where they are grown to prevent soil erosion on light land, he notes.

To see how Conviso could benefit your farm, and order seed and herbicide for the 2021 season, contact your local Hutchinsons agronomist or call Emma Roughton on 07825 645404.