With chlorothanil (CTL) no longer available for cereal disease control, growers are looking at what alternatives they can use ...

He says: “It is not as consistently strong as CTL, but it offers similar activity as far as septoria is concerned and has an additional impact on rusts too. However, it is more expensive than CTL.”

Folpet can also be used to give protectant control of ramularia in barley.

“As far as multisites go, it is a useful alternative to CTL,” says Dr Ellerton. 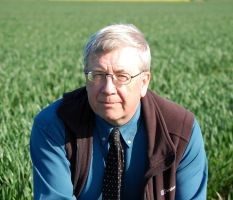 Some biostimulants, for example, Scyon, a complex of metabolites designed to maximise nutrient health within the plant, although not a fungicide, can help the plant overcome septoria by stimulating its inherent disease resistance, says Dr Ellerton.

“However, the most obvious CTL multiside alternative is folpet, while sulphur and mancozeb could also be considered,” he says.

On wheat, the earlier folpet, which has protectant activity, can be applied, the better, says Dr Ellerton.

“For Septoria in wheat the optimum timing is usually at T0 or T1 while for ramularia in barley the disease normally comes in later in the season, so apply at T1 and/or T2,” he adds.

While folpet can be less consistent than CTL, in trials the crop often yields just as well, he adds.

Looking further into the season and into other crops, Cambridgeshire farmer Russell McKenzie is concerned about control of chocolate spot in beans without CTL.

He says: “I haven’t seen a lot that will be as effective, so that’s a concern. I don’t think we will know the real ramifications [of loss of CTL] until we see a season that will push the diseases that it would have been key for.”