Hutchinsons has unveiled a new range of tailor-made cover crop mixes that includes options which could help improve the structure and health of land left fallow this spring. ...

With many fields in the wettest parts of the UK likely to take weeks, if not months, to dry out enough before spring drilling is possible, more growers are opting to leave land uncropped rather than force a seedbed and damage soil structure in the process.

“This year specifically, a lot of fields are in a mess after late-harvested crops like maize, potatoes and carrots, while others remain waterlogged,” says Hutchinsons Bioagriecologist Ed Brown. “We’re past the situation where winter wheat is viable, while spring barley prospects don’t look great given the saturated market and likely difficulties of creating a seedbed in time.”

Leaving fallow land bare and trying to rectify structural issues with cultivations alone is likely to exacerbate soil structure problems rather than alleviate them, so cover crops will have a vital role, he says.

“You need roots in the soil to feed biology, restructure soils, build organic matter, and act as a water pump to manage moisture through the profile. The benefits of cover crops are well-proven.”

Although the short-duration catch crop mixes were primarily developed for the narrow 6-8 week window between harvest and autumn drilling, they could be just as effective on land destined to be left fallow this spring.

Years of experience with cover crops clearly shows that mixes based on a diverse variety of species are more effective than those featuring just one or two.

“Growing a single or two-species cover crop mix based on a high proportion of a brassica species, for example, could potentially increase pest or disease risk in a following oilseed rape crop. However, that risk is virtually eliminated when you use a more diverse mix featuring a low proportion of brassicas.”

Diversity does not mean cover crop mixes have to include expensive, exotic species, though.

“We’ve based our mixes mainly on species of legumes, brassicas and forbes [non-woody herbaceous, broadleaf plants] that we know how to manage and that have proven effectiveness in UK conditions. We offer six-way and three-way mixes for our catch crop options, while the overwinter mixes each feature eight different species.”

“There’s a mix to suit almost every scenario, although if growers have very specific requirements, we can still tailor a solution to meet those needs.”

Don’t just spin it on

Cover crops must be established properly to maximise the benefits from root and canopy growth.

This typically requires more effort than just spinning seed on to stubble with a fertiliser spreader or slug pelleter, although the most appropriate technique depends on individual situations and soil types, says Mr Brown.

“Many growers choose to drill cover with a conventional seed drill, but equally, we’ve seen good results from using a seeder unit mounted on a shallow cultivator or set of rolls.”

Where land is waterlogged and likely to take weeks to dry out enough before sowing, spring cover crops are ideal as they can be sown from mid-April, giving ample time for soil conditions to improve.

Cover will grow rapidly in warm, moist soils and, in just 10-12 weeks, should deliver many of its soil health benefits, before it can be terminated to provide a timely entry for a following autumn-sown crop.

Mr Brown allays concerns some growers may have about cover crop volunteers in following crops, insisting the risks can be mitigated by identifying the species which may cause issues and ensuring these are terminated before plants set seed.

“It is something to be aware of where cover grows rapidly, especially if mixes include brassica species such as mustard or radish which can be more awkward to control in some cash crops later in the rotation.”

Looking ahead, Mr Brown notes that while glyphosate remains a key option for terminating cover crops, there is increasing interest in other methods, such as crimper rollers and grazing with sheep.

“Integrating cover crops with livestock is a really good tool for improving soils, but it needs careful management and you must ensure whoever manages the livestock is on board with what you’re trying to achieve with the cover crop to tailor the grazing regime accordingly.”

Contact your local Hutchinsons agronomist or call 01945 461177 to discover which cover crop mix is right for your farm. 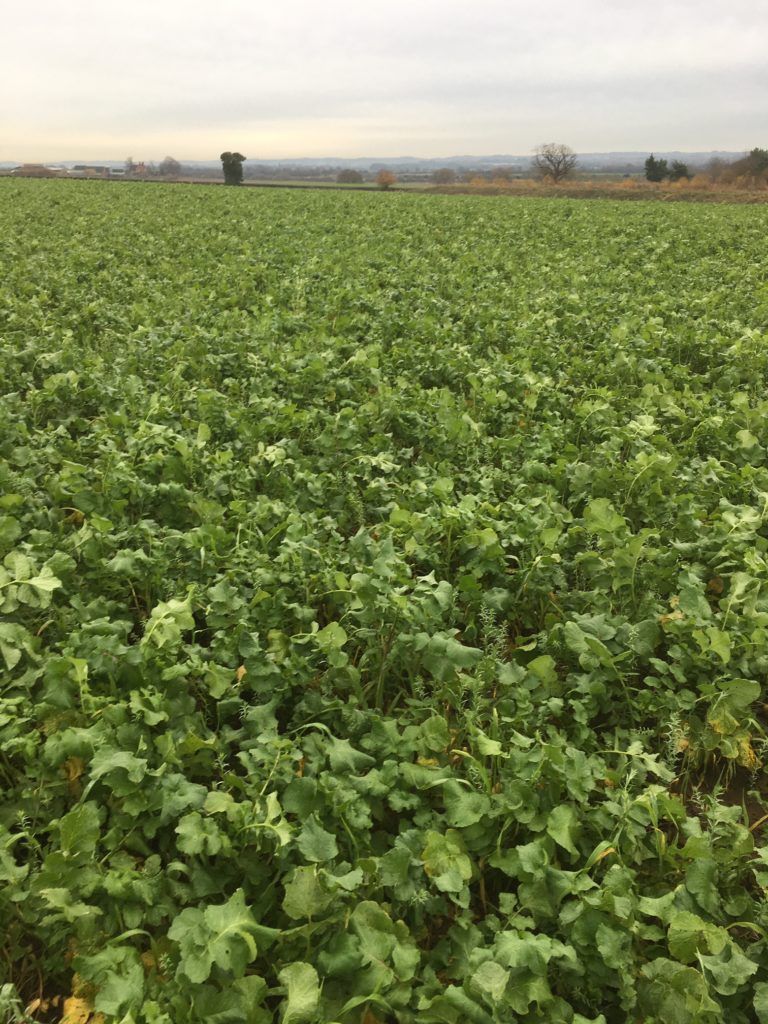 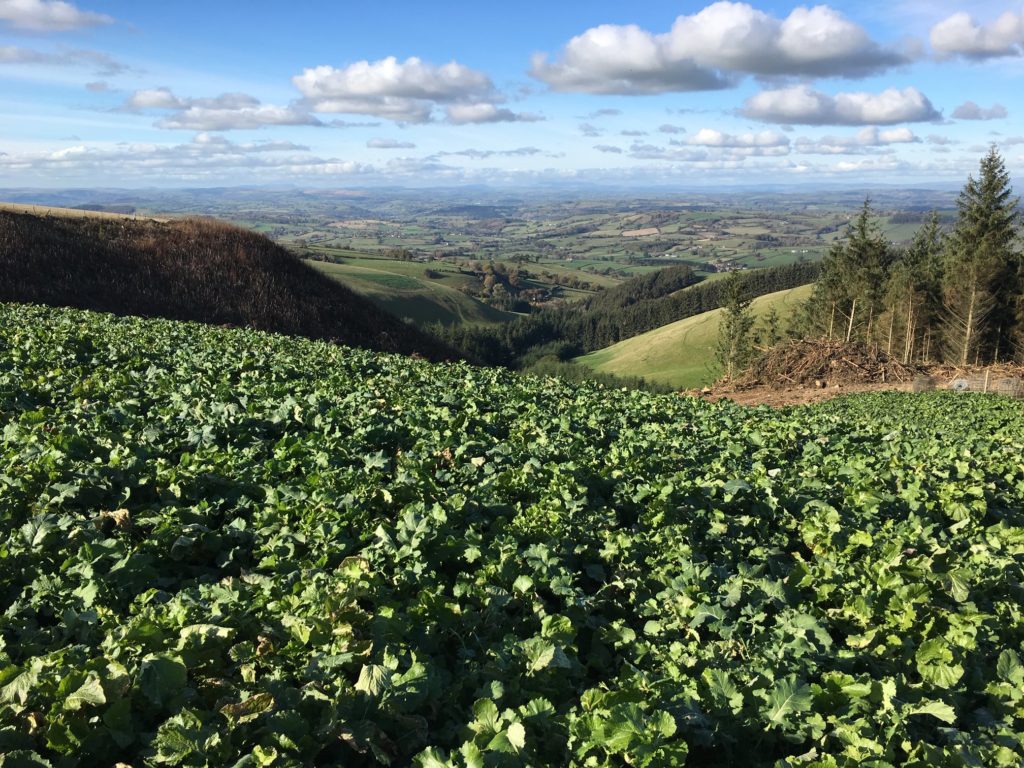 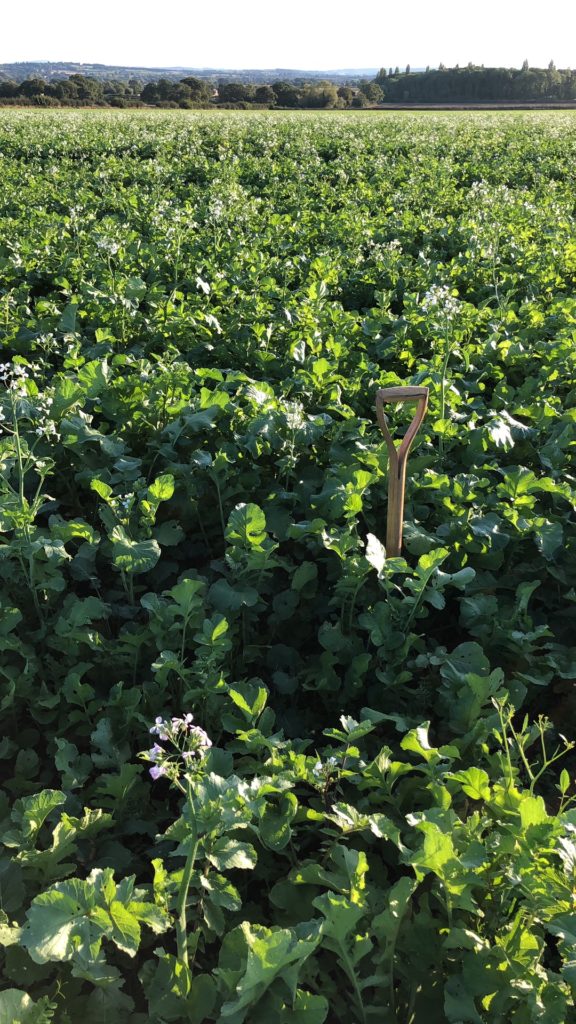 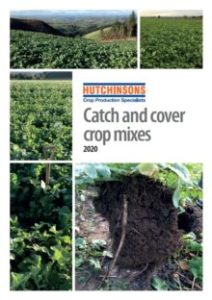