When pitching for a new contract farming agreement it was the use of precision technology that won the deal for one Scottish grower ...

With a strong ethos in soil health, Roy Fisher of Roy K Fisher & Co, Anstruther in Fife, knew that he could improve the soils of the large block of land that was up for tender. However to do this, he had to create a baseline and demonstrate how he would measure any improvements.

A member of the Worshipful Company of Farmers, it was whilst Roy was away on a course that he was chatting to Jason Noy of Farmacy that he heard about the Omnia Precision Agronomy system, and felt it was worth further investigation.

Omnia is a web based decision support platform that imports new and existing field data from multiple sources creating layers of information in the form of maps. These maps can be overlaid, creating a picture of what is happening at sub – field level, allowing for informed decisions for a range of variable input applications. 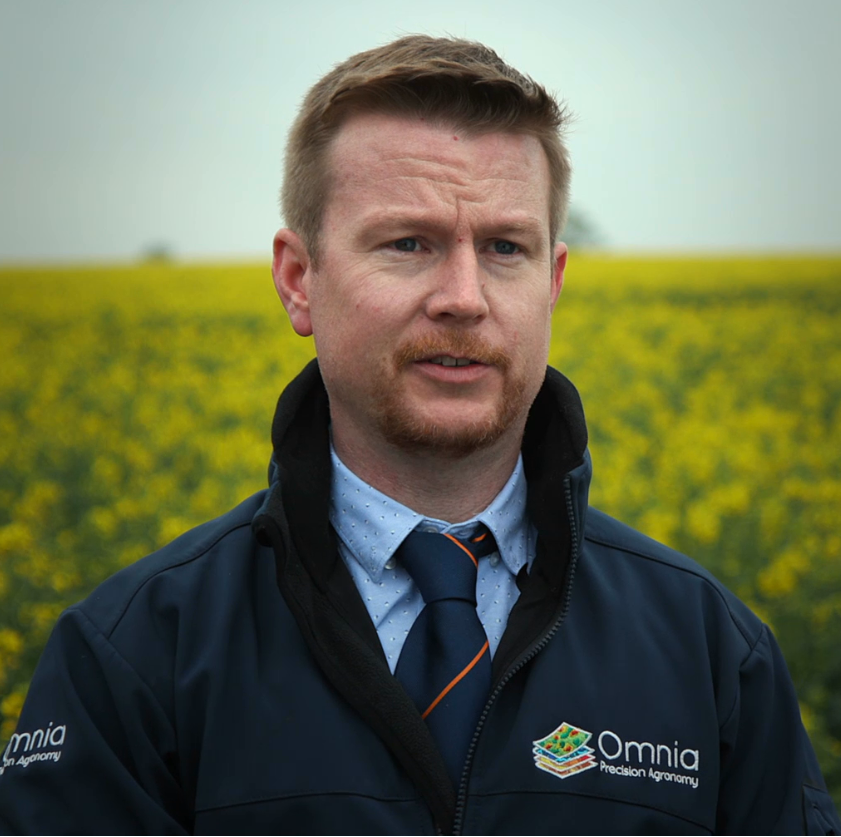 “Following on from an initial demo trial with Hutchinsons digital farming manager, Lewis McKerrow, I was really impressed; the system made sense and offered everything we needed in a complete package and provided a central hub for holding all of our data.”

“Lewis helped to set us up and from there it has been easy to use, and was laid out in a clear and illustrative way. The range of tools offered through the system is varied and really useful particularly the Climate module which is a really useful tool for weather forecasting linked to crop management decisions such as spraying for BYDV.”

“Once we had signed on the dotted line, we were able to transfer over data we already had – this was really critical as we didn’t want to lose the historical data that we had already collected.”

“Omnia is hosted on a cloud, this means we can access it whenever we like, which also means for example, if I have a contractor coming in to spray or cut hedges it’s easy to pass on specific information seamlessly.”

At about the same time, Mr Fisher took on a new agronomist, Morven Anderson of Hutchinsons, who was aligned with his vision of running the farm. “By integrating our agronomy with the precision data that we were generating, we felt that we would get more value from both services and use it in a proactive manner, rather than in a prophylactic way, when making crop management decisions.” 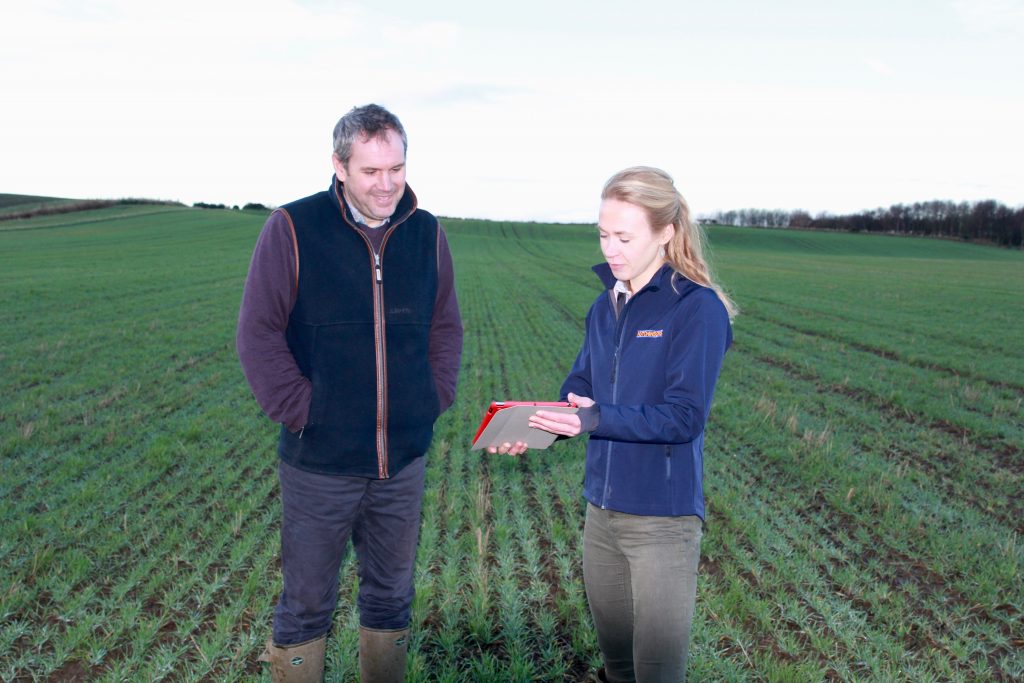 “An increasing focus on soil health has led to a reduction in cultivations. For example, we rent out some land for broccoli, and even this is no longer ploughed and is established using a strip till approach. We also have to contend with some of our soils which have a high clay content and in extreme weather can erode, which we are working hard to counteract.”

“Having won the contract for the new land on the basis of our aims to improve soil health, we got to work straight away.”

“One of the first things we did was to have all of our fields scanned using TerraMap.”

TerraMap is a revolutionary soil scanning service, that provides high definition mapping of all common nutrient properties, which are then used to create maps within Omnia.

“Using the data from TerraMap we were able to establish the baseline of soil nutrients including criteria such as pH, soil texture, organic matter and CEC as well as elevation and plant available water.”

“We found that much of the new land we took on was low in pH which needed addressing with lime – and having the TerraMap data allowed us to justify this decision with the land owner.”

Variable rate drilling has been carried out in some form for the last five year’s, but using Omnia Mr Fisher has been able to refine this. “Being able to create maps based on seed bed conditions slug pressure and weeds which are then overlaid with basic drilling information, has made our variable plans so much more accurate.”

All of the 2021 crops have now been variably drilled and Mr Fisher has found is that he has been able to adapt seed rates across the farm . “Using the more accurate variable rate plans generated within Omnia our seed rate has dropped considerably, particularly for the earlier drilling areas.”

“We invested in a second hand Vaderstad drill to increase capacity, and downloaded the Omnia Connect app which allows us to seamlessly and instantly send variable application maps created in Omnia to the field, but it also controls the spreader, sprayer or drill as well.”

“It really is as simple and easy as that- all I needed was a £35 cable!” he says. “I don’t have to worry about downloading the plans onto a memory stick and then doing the same again in the cab. The whole process is very intuitive, logical and very simple to use and there were no hidden extra’s.”

“The intention behind Omnia was to bring precision farming and agronomy closer together, and move away from the traditional concept of precision farming as a data collection tool – and we very much believe that this has been achieved.”

Looking ahead, Mr Fisher believes that there will increasingly be a need to demonstrate or justify the use of many inputs, such as chemicals and fertiliser, and having a system in place such as Omnia is already allowing him to do so.

“It’s only by knowing what we have that we can manage it,” he points out. “It’s the old adage, you’ve got to measure to manage, and we have the best system in place to do both of these to remain profitable and sustainable.”

Key reasons why Omnia has worked so well