The third year of a ground-breaking project is starting to reveal how future orchards could be redesigned to simultaneously improve yields and pave the way for robotic harvesting ...

The Hutchinsons Enhanced Light Interception Orchard System (HELIOS) trials are running at sites in Kent and Gloucestershire, where various designs are being tested to cost-effectively maximise light interception and yields.

“HELIOS leads on from work by Dr Stuart Tustin in New Zealand, who found that although single row spindle orchards are highly productive in historic terms, they only intercept around 60% of sunlight,” explains Hutchinsons agronomist Rob Saunders. “Yield is ultimately a function of how much light is captured and converted into sugars.”

Designs must be easy to manage and suitable for future automated harvesting equipment, he adds. “We’ve planted a range of configurations, generally based around planar canopies with a high density of fruiting stems.” 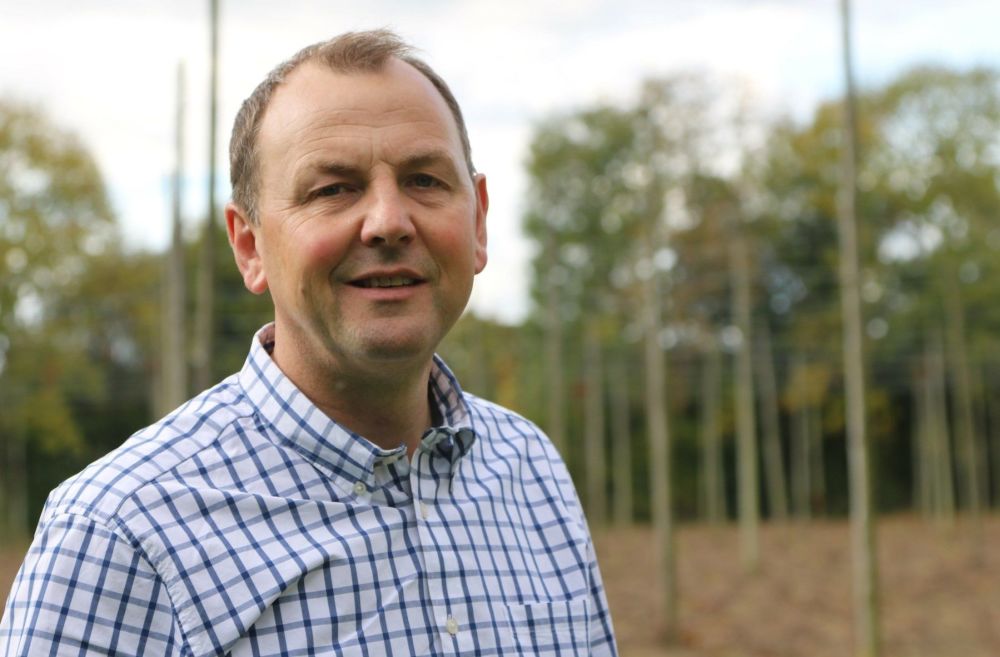 One of the most striking is the “photovoltaic” configuration of trees angled backwards on a 50-degree slope, orientated east-west, similar to ground-mounted solar. Theoretically, it will capture twice the light of a standard north-south orientation, but is challenging to establish and it remains to be seen whether leaves can utilise intense afternoon sunlight in the same way as a PV panel.

One system already showing promise though is the ‘V’ configuration of alternate leaning trees based on M9 rootstock, spaced 40 cm apart to form a dense, ‘V’ shaped planar canopy. The tree density makes it expensive to establish, but yields look “very promising.” 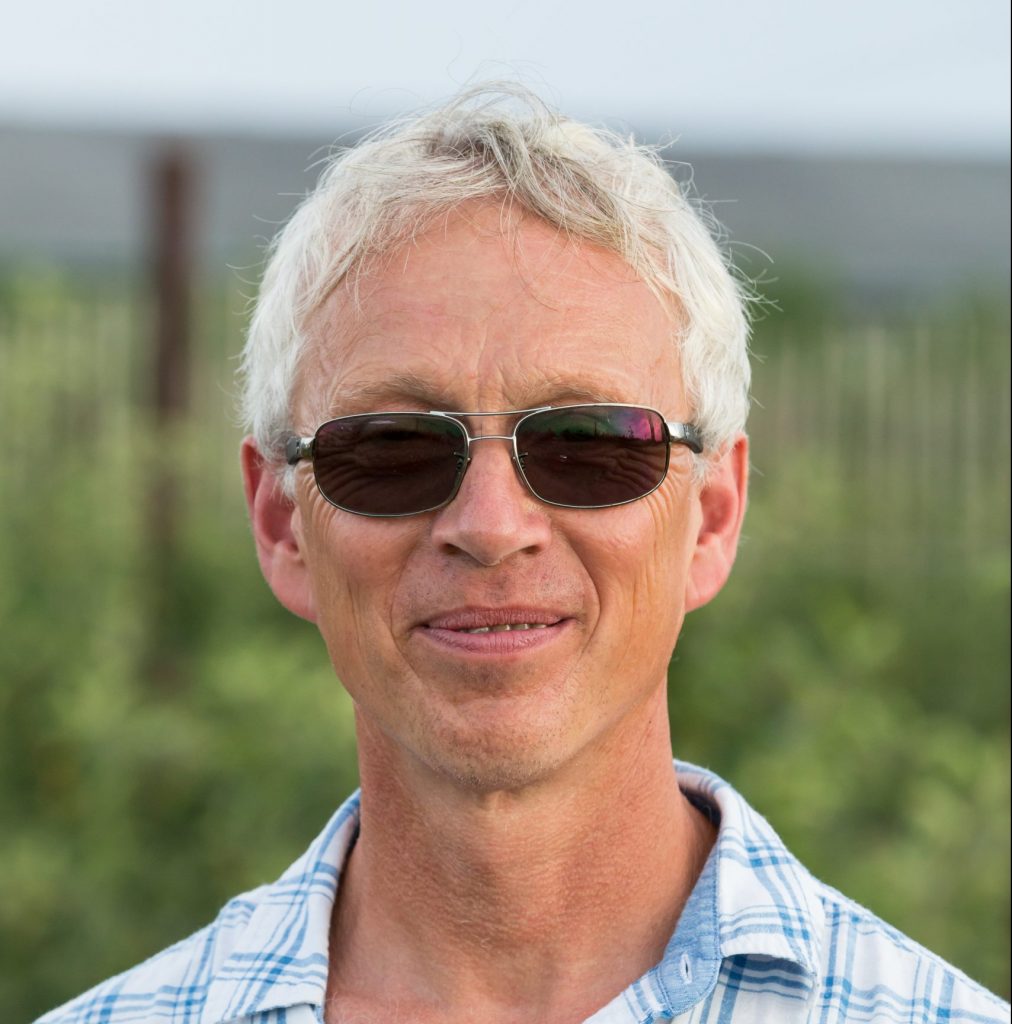 A cheaper way of achieving a similar structure is also being trialled, using the more vigorous M26 rootstock, fellow agronomist Nigel Kitney adds. This involves growing four limbs from each tree to create a spindle system with the same density as the M9 system.

Another trial is looking to capitalise on the rooting vigour of M116 rootstock by growing trees at a slightly lower density than standard M9 rootstocks, and using less trelliswork to reduce costs.

The latest varieties are on show too, one of which is a coded type from Carolus. “It was only planted last spring, but is already cropping nicely,” says Mr Kitney. “It’s early maturing, crisp, juicy, with slight acidity and aromatics, and keeps well in cold store, so is very promising for the future.”

While it may take time before there are definitive results from HELIOS to shape future designs, there are other options for improving orchard performance. Detailed soil analysis through TerraMap, in combination with Omnia digital mapping for example, allows many variables to be analysed with incredible accuracy, allowing inputs to be tailored to maximise yields and reduce variability. 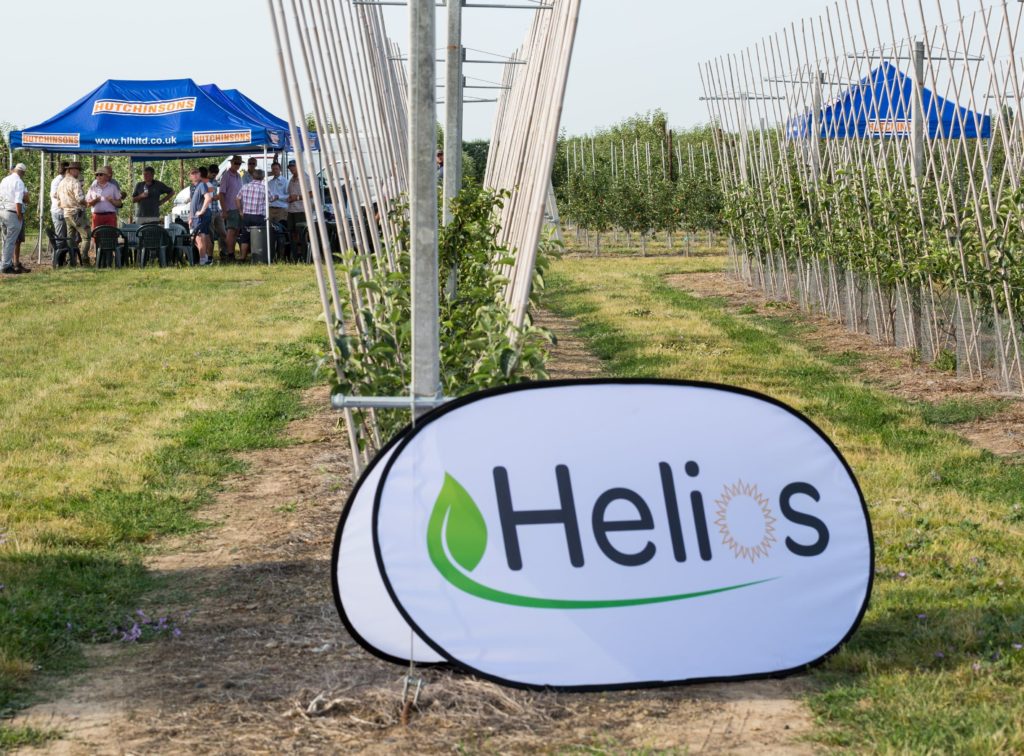 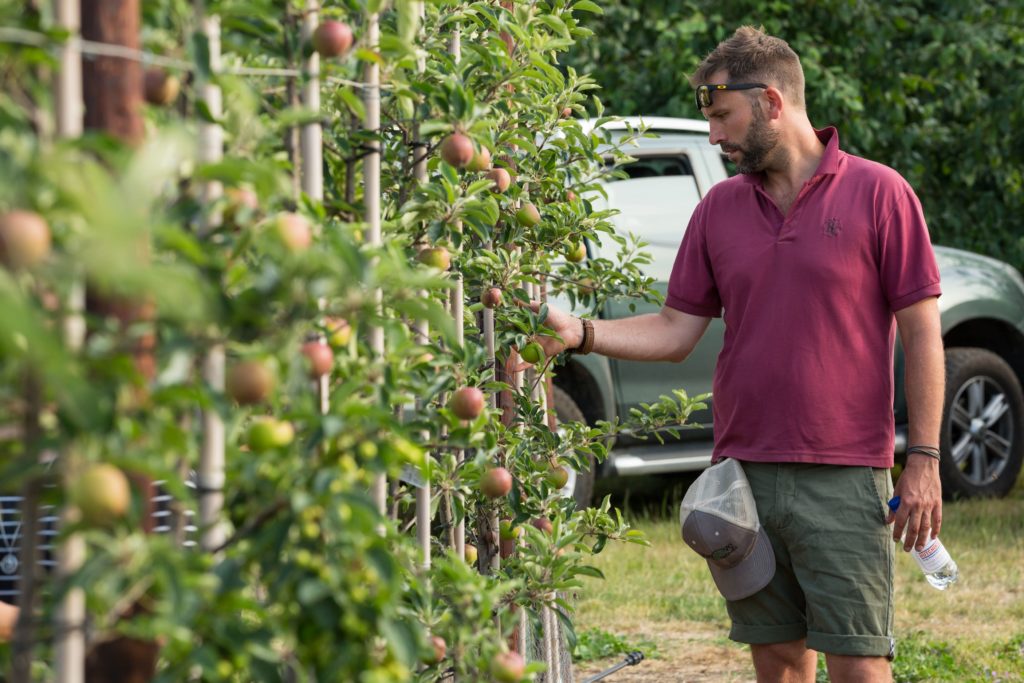 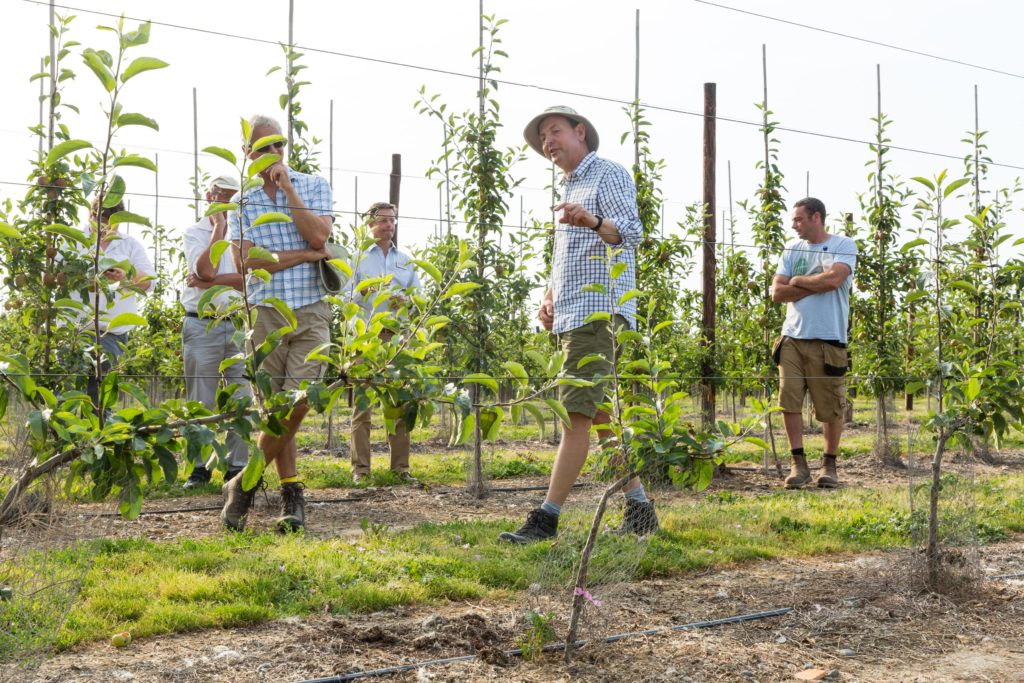